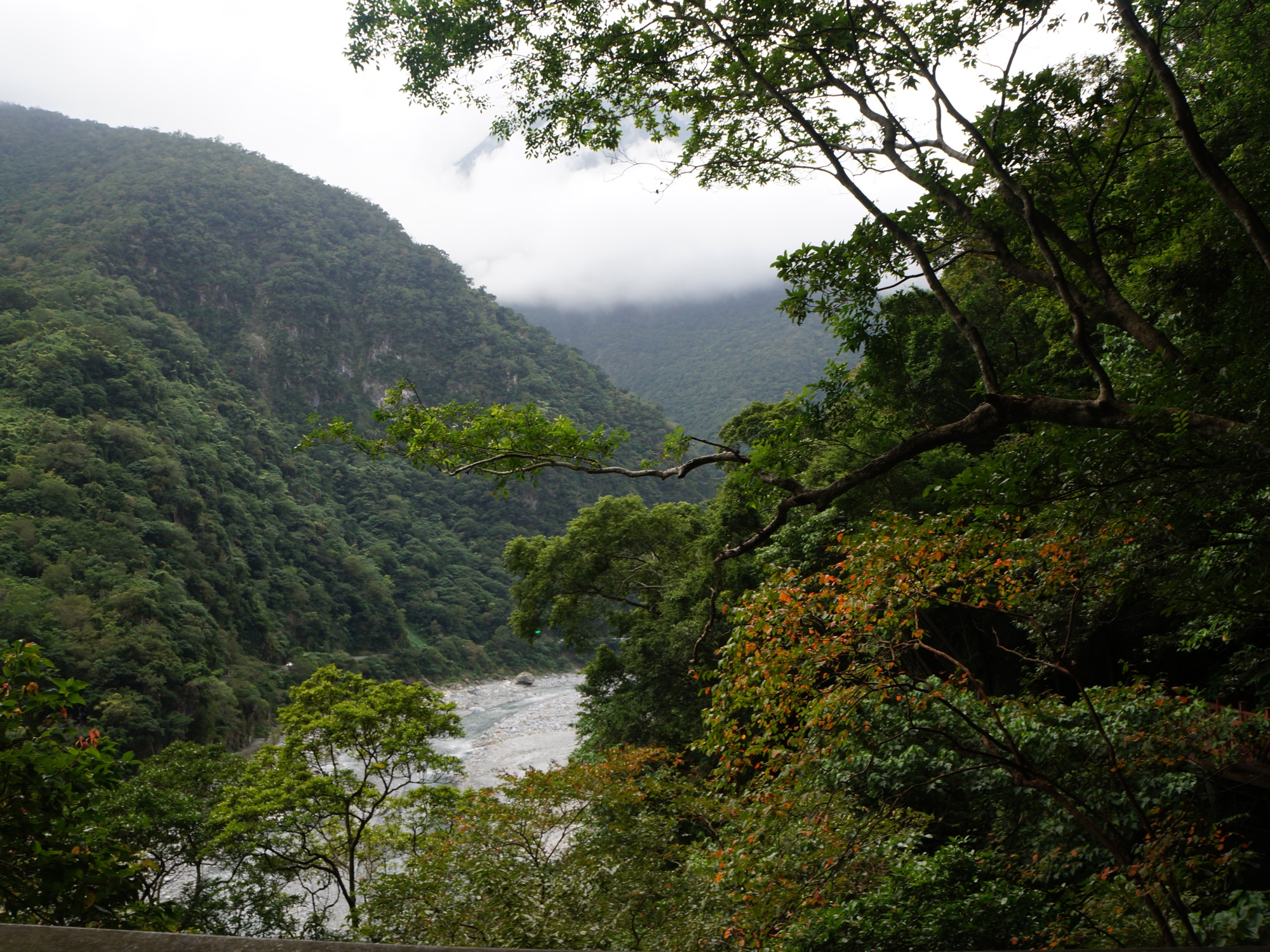 When we first planned this trip, Alexis mentioned Taroko Gorge.  I was skeptical–it was two hours away and seemed like it would really be cutting into my coffee shop time.  It didn’t take much to convince me:  she just said again that we should go, and I agreed.  Besides, the two hour train ride was a perfect time to get my little monster to sleep.

Since the taxis were cheap, we opted to take a cab.  The driver drove us to the train station instead and used Google Translate to tell us that it was much cheaper to take the train.  We tried to pay him for his two minute drive, and he refused.  Throughout our weekend, we were amazed by the hospitality and kindness we were shown. 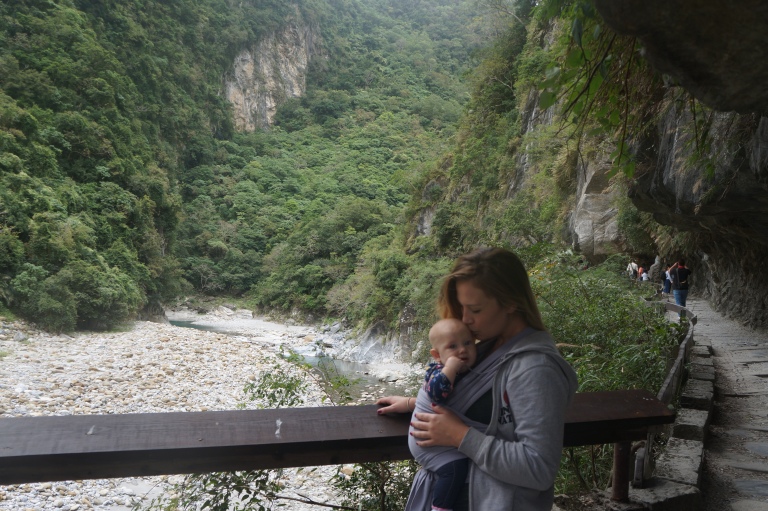 Once arriving at the gorge, we immediately stopped for lunch (typical).  I had some of the juiciest salmon ever, and somehow the orange served as dessert totally hit the spot.  It was perfect hiking fuel!

Another thing about Taiwan: they LOVE babies!  The two hour hike was basically just a constant meet-and-greet between Teagan and her fan club.  People were taking her photo, grabbing her feet, melting into puddles when she smiled back.  For the most part, it was pretty flattering to have people love my baby that much.  Finally someone understood how I felt about this little babe.  I know she is basically more boogers than baby, but one smile from her can stop your heart.

The hike itself was easy, and apparently some trails are harder.  Ours was basically stroller/wheelchair friendly.

The gorge was incredible.  We never did find out what made that water so blue; we were too absorbed in our excellent highbrow conversation. (Example:“I think I’m growing up because I like prosciutto now.”)

I hiked and thought about finding God in all things.  When the view is this pretty, God is tangible and breathable and impossible to ignore.

We boarded the train home with sore muscles and full hearts.